GhanaWeb is informed that the event which was not publicized was held on Saturday, October 24, 2020.

Some comedians, including Foster Romanus, Fred Amugi, Delong, and General Ntatia were present to support their colleagues. Also in attendance were the entire Kejetia VS Makola team as well as actor and director Fiifi Coleman.

Born Clement Ashiteye, the comedian has won the hearts of many with his witty jokes and ability to execute his production roles perfectly.[sc name=”google” ]

The product of the University of Ghana has featured in quite a number of productions including Gallery of Comedies, Thank God for Idiots, Romantic Nonsense, Sweet Dreams & Nightmares, What Can Come Can Come, Flagstaff House, Mallams & Pastors, I Can’t Think Far, Prison Graduates, Ama 2G, Ladder, Keteke, You Play Me, I Play You, Bukom, Royal Diadem, Kejetia vs Makola and 3 Idiots and a Wiseman. 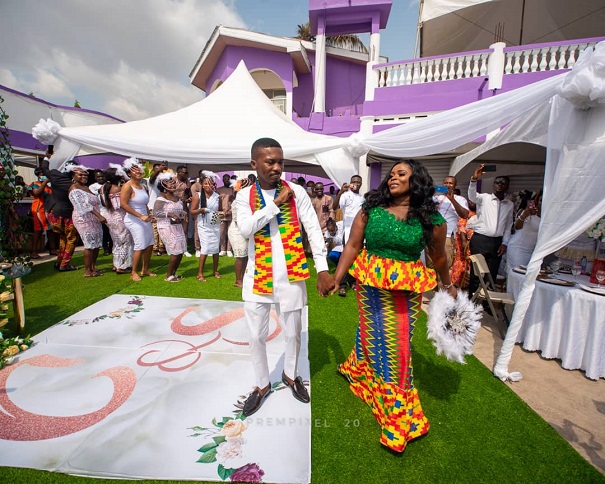 Are You an underground musician?, Do You want to reach a lot of views and Trends. Hurry and Contact Us Now

This website uses cookies to improve your experience. We'll assume you're ok with this, but you can opt-out if you wish. Accept Read More